Sućuraj is a little picturesque town situated on the eastern cape of Hvar island and it’s the closest place to the mainland.

When you stand at the cape, your eyes will get filled with the most beautiful views.

In front, you can see Biokovo mountain which guards Makarska right beneath it. You will be left speechless when you see peaks of Biokovo and all shades of blue that surrounds them.

On your right side, you can see the Pelješac peninsula and island of Korčula. Pelješac is known for their vineyards and Korčula is known for their dance, moreška. Both these places are so close to Sućuraj that you can almost smell the grapes and hear dancing feet.

When you look to your left, your eyes will meet with stone island - Brač. Maybe you will think that Brač is almost naked, but their long embossing tradition is the reason why you only see stones.

And that is only the beginning, you didn’t even go to the most beautiful coves or take a walk in this typical dalmatian estate.

Can you imagine what else can you see or experience in this heavenly town? 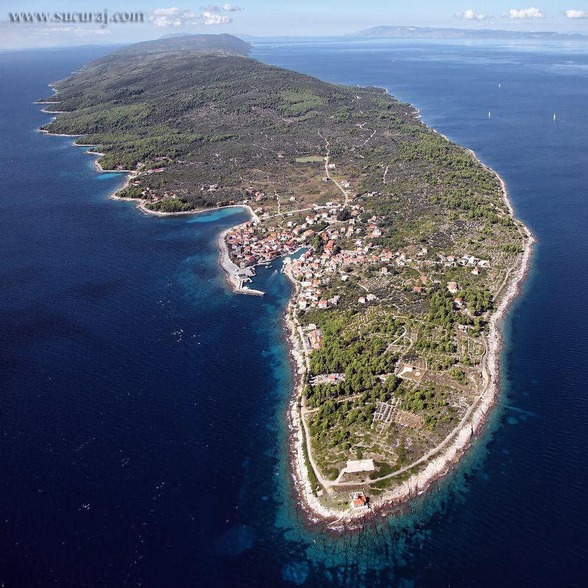 Buildings in Sućuraj that stood the test of time

The Franciscan monastery is the oldest preserved building in Sućuraj. It was probably built in the 9th century and it was rebuilt numerous times. The last intervention was in 1994. Above the entrance, there is a sign that reads: “The monastery of the brothers of the order of st. Augustine, rebuilt in 1309”. Within the monastery, there is a rectory where all important documents are stored. 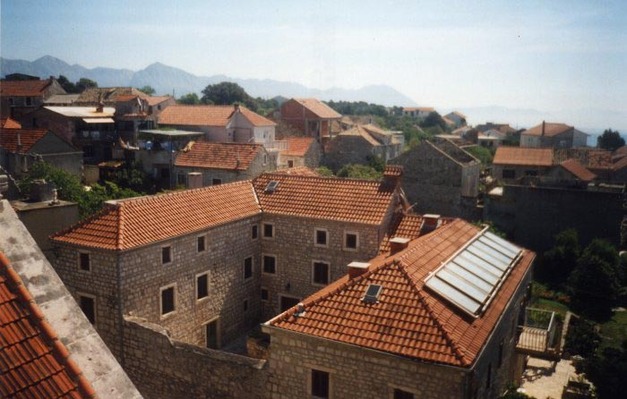 The fort Fortica was built in the 17th century to defend from enemies after Sućuraj was burnt down three times. In that moment, Sućuraj was bordering with three countries: Venetian Republic (Sućuraj was a part of it), Ottoman Empire (Makarska and surrounding coastline was under it) and the Republic of Dubrovnik (they held Pelješac peninsula). It was very important to build a fort that will protect the villagers from constant attacks. In 1944, during the WWII, Fortica was destroyed and now is just a shadow of once impressive building. 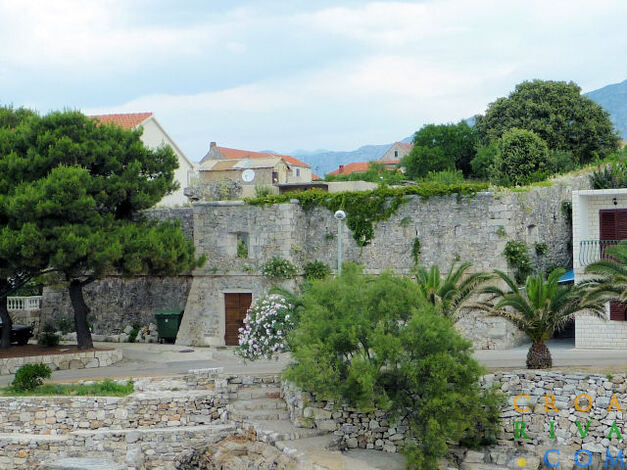 Sućuraj lighthouse was built in the 19th century (1889) and its light still guides all those who are on the sea. Near today’s lighthouse was an even older one, but it was destroyed during WWII. In the past, the lighthouse keeper and his family lived in the lighthouse, and today you can rent it with your friends or family. 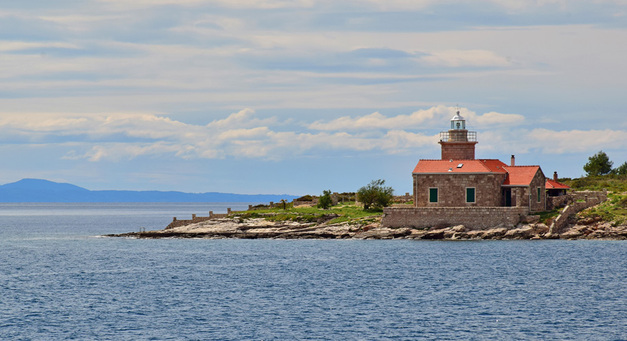 Coves and beaches in Sućuraj

Česminica beach is situated on the southern side of the island. The shore appears in three types: pebbles, concrete and stone so you can find what suits you the best. Another great characteristic of this beach is that its sea bottom is shallow and sandy. That means that you can let your precious little wonders to safely swim and explore the sea. Since this beach is only 200 m from the center of Sućuraj, you can go there on foot, with a car, scooter, bike… The choice is yours. 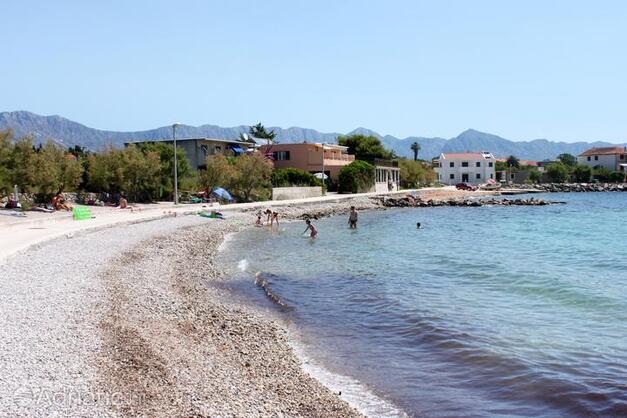 Česminica beach is 58,7 km from Oxa Dreamland so the best option is to take a car, or we can take you there.

Perna bay is settled on the southern side and its nature is almost untouched. There is a stone shore with fields of Posidonia on the bottom of the sea. Posidonia is a type of sea grass, it is black and the sea above it is much warmer than elsewhere. Why? Because the sun is drawn to black colour, of course, so it heats those areas more than the rest. 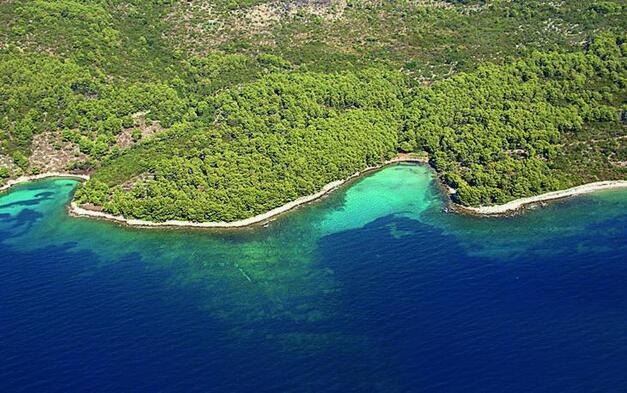 Mlaska bay has two beaches - Velika Mlaska and Mala Mlaska and is settled on the northern side of the island. Velika Mlaska is a beach where you can go swimming in your bathing suit. Mala Mlaska is a nudistic beach (FKK) that will suit those who enjoy being in the sun and the sea without any clothes or bathing suits. In Mlaska bay you have a car camp so you can be as close as possible to nature. The shore is made of pebbles, stones or concrete and the sea bottom is shallow and sandy. 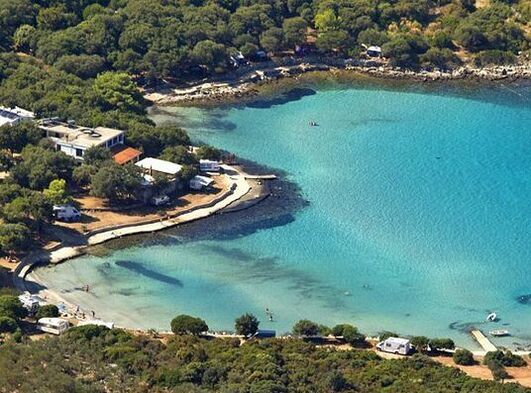 Mlaska bay is 4 km from Sućuraj and 56,6 km from Oxa Dreamland.

Bilina beach is facing north and it is blessed with untouched nature. This is a local beach so this is a great place to get to know locals. The shore and the sea bottom are made of pebbles or stones and along the shore there are flat stones that are suitable for sunbathing. There is also a toilet and the area is protected by buoys. 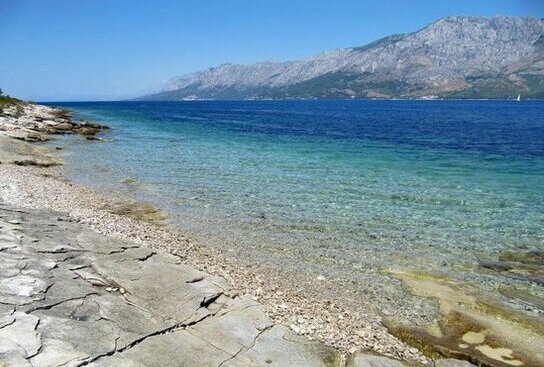 Bilina beach is only 500 m from Sućuraj so you can go there on foot, with a car or with a scooter.

Like any town in Dalmatia, summer days and nights are reserved for eating, dancing, singing and generally, for enjoying yourselves.

Fishermen’s nights are the core of folk parties around Dalmatia, so Sućuraj is no exception. The manifestation is held in July and August, on Sućuraj’s seafront. Party starts in the late afternoon when you can taste domestic local wines and eat freshly caught fish. Local musicians and entertainers will do their best to keep your feet on the move. The party stops when the last man dancing falls from its feet ;)

Later in the evening, there is a chance for you to win something on tombola - a meal in a restaurant, a gift box with local products or maybe even a boat trip. 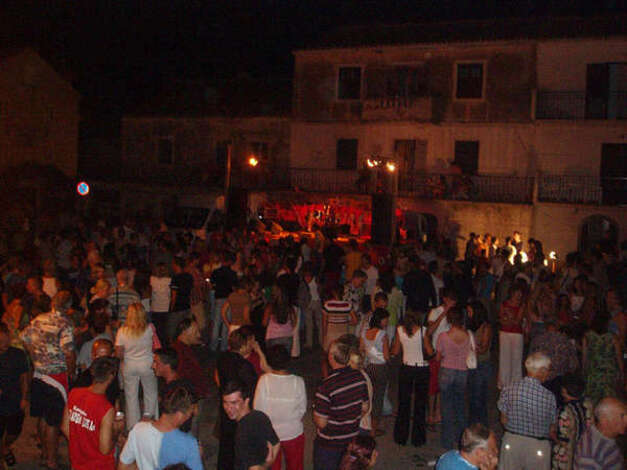 Tam Tam Music Festival started back in 2012 and it is a “must-be” place when you are on the island of Hvar. The festival is held on a soccer field approximately 1 km from Sućuraj.

The origin of this manifestation goes back to 1997 when electronic music was the focal point of the festival. Later, both rock and electronic music were equally represented. In 2008, the music festival as we know today started to shape up. That was the first time it took place on a soccer field and the stage was made of two TAM trucks (TAM is a brand of small trucks). For the next two years, two beloved TAMs were the only stage festival performers knew of. On the 3rd of August, 2012 TAMs were replaced with a proper stage but the love for them never subsided so that is the reason why this festival is called Tam Tam Music Festival. 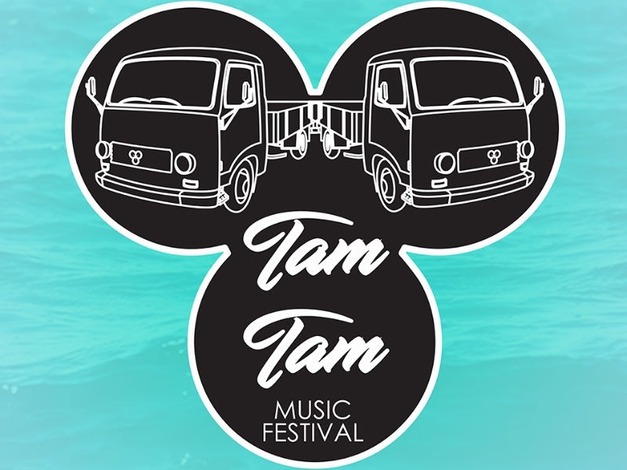 We did not mention why is Sućuraj called Sućuraj. Well, the town’s protector is Saint George (Sveti Juraj in Croatian) and with combining the words sut+jurajyou get Sućuraj.

There is one more thing that you do not know, but raj in Croatian means heaven. If you look closely, you can see that Sućuraj has a heaven hidden in it. So, it is safe to say that this is truly a heavenly town on a heavenly island.