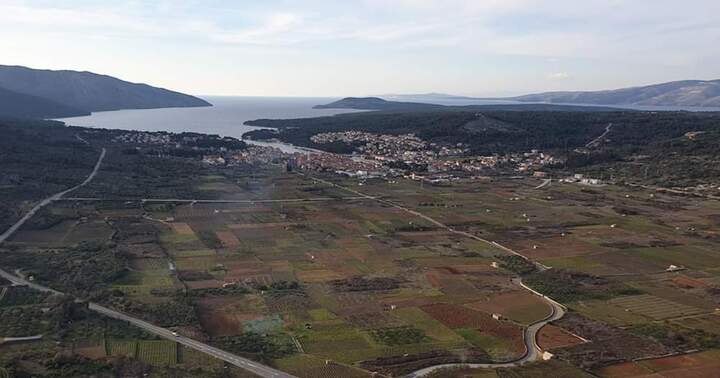 Months passed since I left Pharos island. I was homesick before the storm. Now, when it’s over, the only thing on my mind is home. But first, I have to survive, I have to help my crew survive, too.

Winds were gentle until yesterday. Sea became wild in the blink of an eye. Clouds hid the Sun and everything became gray. One of those storms that can't be predicted.

We paddled like crazy, but couldn’t match the power of nature. Our only choice was to turn the ship to the waves and let them toy with us. One boat from our fleet and its whole crew didn’t survive the Poseidon's wrath. They’ll stay forever in depths of the Adriatic Sea.

But there was no time to grief, we had to stay alive. Then, out of nowhere, a big bay appeared.

Sea was calmer inside, hills blocked the wind so we paddled to the nearest cove and anchored. We were safe. Probably Zeus ordered Poseidon to let us live. He had a big plan for us, but we didn’t know that.

After two days of resting, we decided to investigate the bay which saved our lives.

All of us are experienced on the sea, we all saw a lot of islands back in Greece, but we've never seen a bay like this.

The nice breeze filled our sail so we didn't have to paddle a lot. We could admire numerous coves on both sides of the bay. Seagulls argued above our heads and herds of goats looked at us from the shore. They didn’t look wild. At that moment I wondered are there any humans around.

We wanted to discover where the bay ends. When we did no one could believe our eyes.

In front of us, surrounded by small hills was the biggest plain we have ever seen.

Learn about the town heroes from our story founded +2400 years ago in the article about Stari Grad.