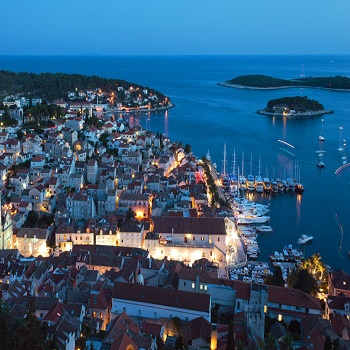 There is so much to say about Hvar town, jet I could never say enough.

I could go on and on about the Mediterranean climate.
Sun shines even in winter, but winds rule in Hvar. From the north, Bura brings cold. Jugo comes from the south, riding on the rainy clouds. Sometimes, during winter, winds make sea go wild, but we all know, summer is never far in Hvar. 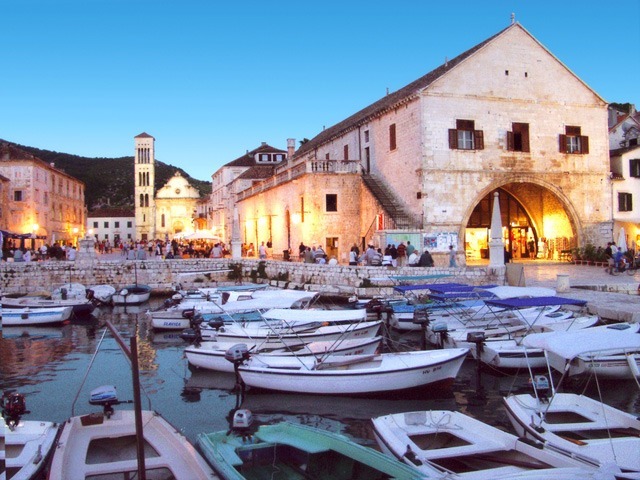 When summer comes,Hvar town shows its full beauty.
Narrow streets hide secrets I won’t spoil, but I have to tell you about fort Fortica. That stone beauty guards Hvar for 5 centuries. Nested on a hill, it watches over red roofs of the town below it.

Down, on the biggest square in Dalmatia, the oldest public theatre in Europe shows how important culture was and still is in Hvar. Don’t miss a chance to visit the theatre and Arsenal building, but do it before lunch.

Beaches in the Hvar town are nice, but on the Pakleni islands, you’ll find some of the best beaches in Europe. You can spend the whole day there. You can even make it a night if you are into parties. All the best beaches are easily, and affordably reachable with taxi boats. Except one. The best one.

Dubovica, the tranquil queen of the island, still keeps her Dalmatian soul alive. Old stone houses and a restaurant complement mesmerizing nature so you can experience the best Croatia has to offer.

Since we are speaking about the best of Croatia, I have to tell you that from Hvar town you can go on amazing boat tours. Blue Cave tour is the most popular. It leaves in the morning and adventure lasts until late afternoon.

If you want to go on a private tour so you can feel the hedonism at its best, This email address is being protected from spambots. You need JavaScript enabled to view it. , we’ll make your dreams come true.